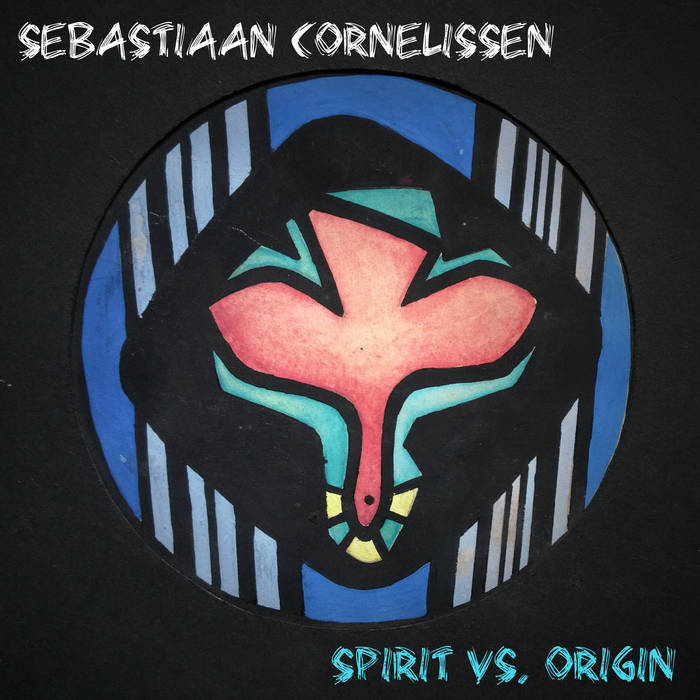 After releasing “Not This Time”, his fifth solo album (depending on how you count) on October 1st, 2015, Sebastiaan Cornelissen surprised his (too narrow) fan base with a new solo album exactly 7 months later.

For those of you (all 8 billion) who don’t know Sebastiaan Cornelissen: this is a Dutch musician with firm roots in the jazz/fusion soil. Primarily (academically) schooled as a jazz drummer, and probably best known for his drumming with Isotope, One Spirit, On Impulse and lately Tristan, the Dutch acid jazz band that is taking the UK by storm these days (a band which is named after his oldest son).

His solo work, originally starting out on Aggressive Attack as excellent, honest-to-God jazz, with hints of hard-bop, but also harmonically reminding us of Allan Holdsworth (one of his earliest and most enduring influences), has gradually acquired a more unique “voice”, which became more prominently audible on Not This Time, and appears to be even further developed on this newest release.

At one point I pondered the thought that Sebastiaan’s music develops in a structural direction which can be found on a (virtually unknown) album called “Short Tracking” — by none other than Ruud Cornelissen, who just so happens to be Sebastiaan’s father. Both seem to favour short compositions with angular structures. Harmonically, though, the two couldn’t be more different. Sebastiaan has a habit of starting out with a stark rhythm, and then, with a key change, suddenly let the song spread out with intricate harmonies and layered sheets of sound. The result is an album that could be called fusion, but it isn’t that easy to stick a label to it. While too many fusion albums these days sound just like the next one, this is not one of them. The music is highly inventive and truly original, in an exuberant way.

Also apparent is the prominent use of an instrument which is highly unlikely to appear in any jazz or fusion lineup: the melodica.
There is a bit of history to this. In 2014, Cornelissen wrote and performed Mini Bitz, a well-constructed, fun, yet beautiful piece, which was solely intended to celebrate the 7th birthday of Caspar Tristan, his oldest son. It was performed solely on children instruments: a tiny drum kit, a very short-scale bass guitar, a toy piano, a ukelele, and indeed a melodica), and with vocal duties performed by both Caspar and his younger brother Lewis. This alerted him to the possibilities of the melodica, and on Not This Time (with which Mini Bitz was included as a bonus track), another track also featured this seemingly humble instrument.
And today, on Spirit vs. Origin, the melodica plays a prominent role, and Sebastiaan has it down to a tee, using it as the most cost-effective breath controller ever.

As usual, the album showcases some of the best fusion musicians around. Russian bass guitar virtuoso Anton Davidyants came over to Studio 27333 to perform bass guitar magic on quite a few of the tracks, and Martin Miller and Ray Russell supplied some excellent guitar work – and Gary Husband plays a sublimely dark, brooding, bubbling synth solo on one of the tracks. Also present on one of the tracks are Rob van Bavel on Fender Rhodes and Oscar Schulze on vibraphone.
But (without this explicitly being mentioned), apart from his stellar drumming, Sebastiaan plays bass guitar, double bass, guitar, and an interesting array of keyboardy stuff, of which the melodica is only one. On three tracks on this album (including one of my favourites), every noise is made by the young Dutchman.

But primarily, he remains a drummer, and that is where, as a player, he really shines. When appropriate, he can pull all the stops, but when called upon, his ability to create deep pockets, leaving room for other music to shine, is well documented.

This, then, is an excellent ten-track album. I could bore you out of your skull by describing each track in detail, but one of the advantages of this digital age is that you can actually check this out yourself before you decide to spend your money on it by clicking these blue words.

My favourite tracks are